Note: The Collyer brothers, Homer and Langley, lived secluded in a stately home (location: New York City) where they hoarded books, furniture, musical instruments and objects of scientific interest. In March 1947,  both were found dead in their residence; Langley crushed under a pile of debris and his elder brother Homer seated in his lounge chair with his head resting on his knees.

This real life story served as an impetus to develop Homer's chair in miniature scale. It alludes to the passage of time.  Specifically, to the transition from a world based on old values (late 1800s & early 1900s), versus one that embraces a consumerist paradigm. 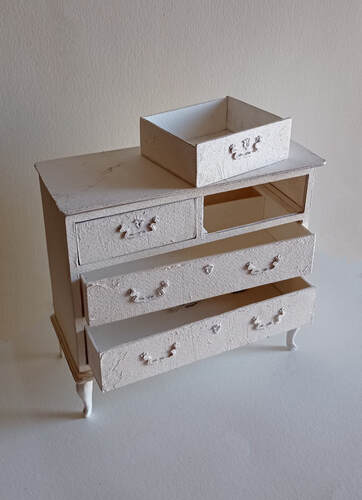 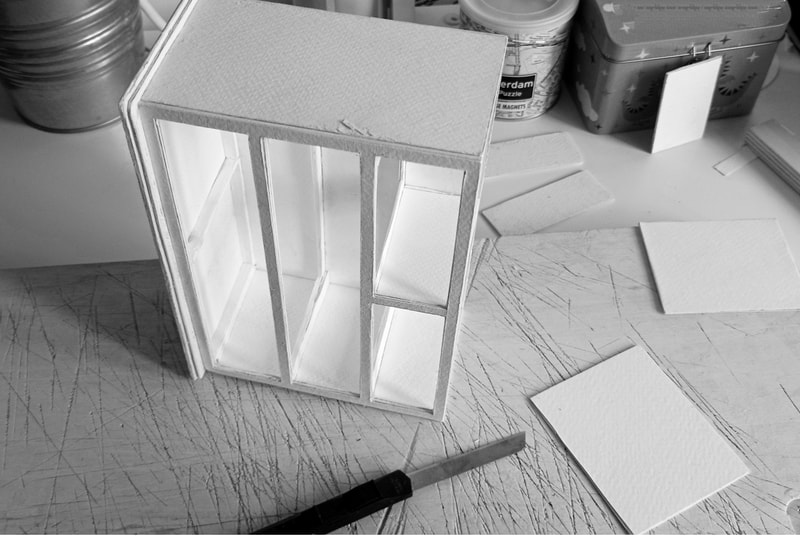 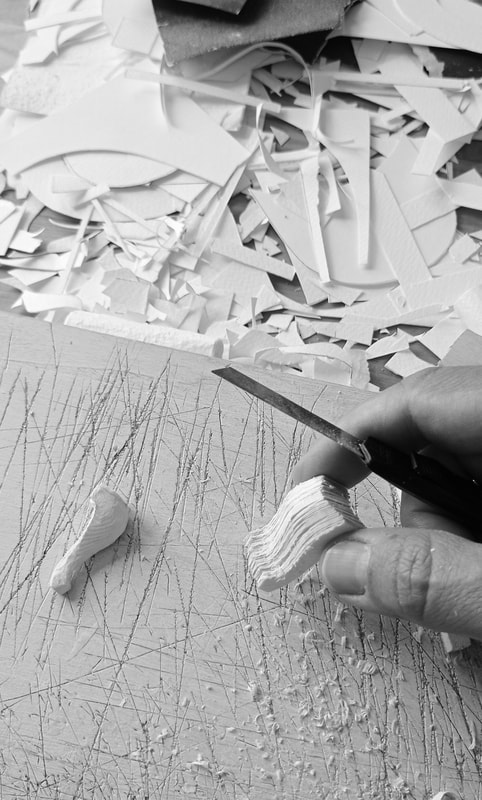 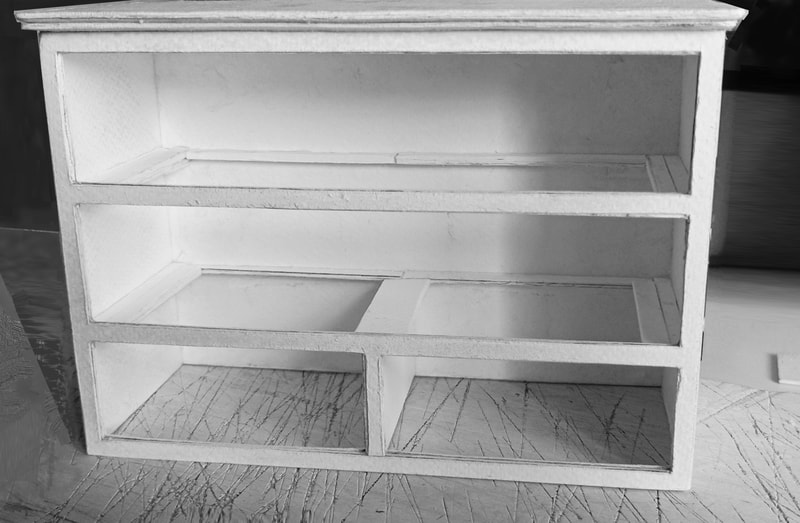 Note: The infamous haircut scene in the film "Mommie Dearest" portrays a severely troubled relationship between a mother and her adoptive daughter. Christina, seated in front of a bedroom dresser with a mirror, wails, "Mommie, I look aweful!" as the Hollywood mother cuts the child's hair relentlessly. This segment of the film evokes the existing tension between two separate generations of the same family. Thus, the past and present both confront each other and are inextricable.

Canada Council for the Arts 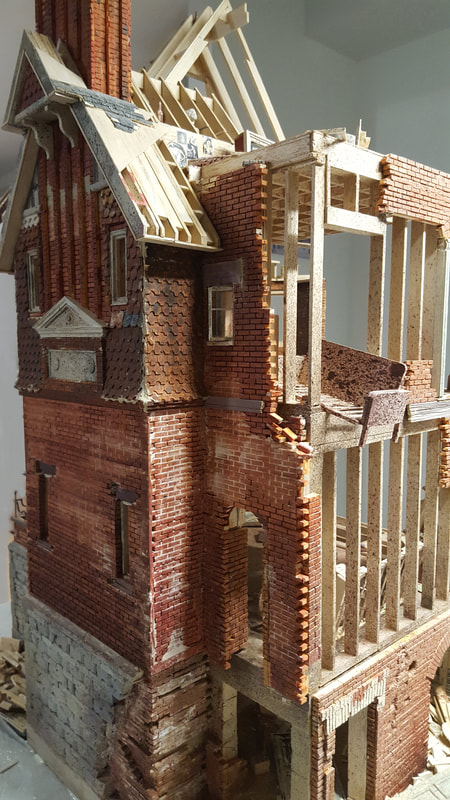 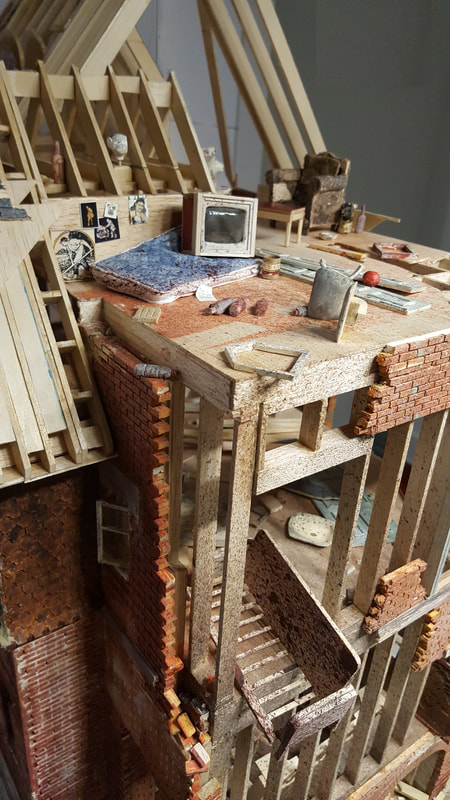 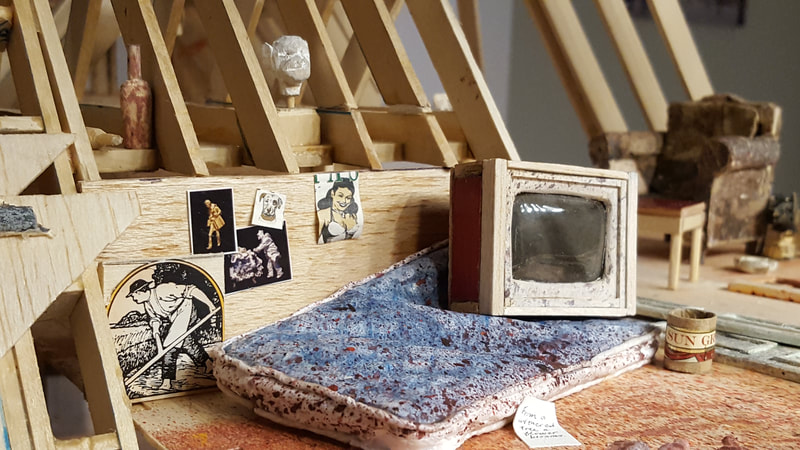 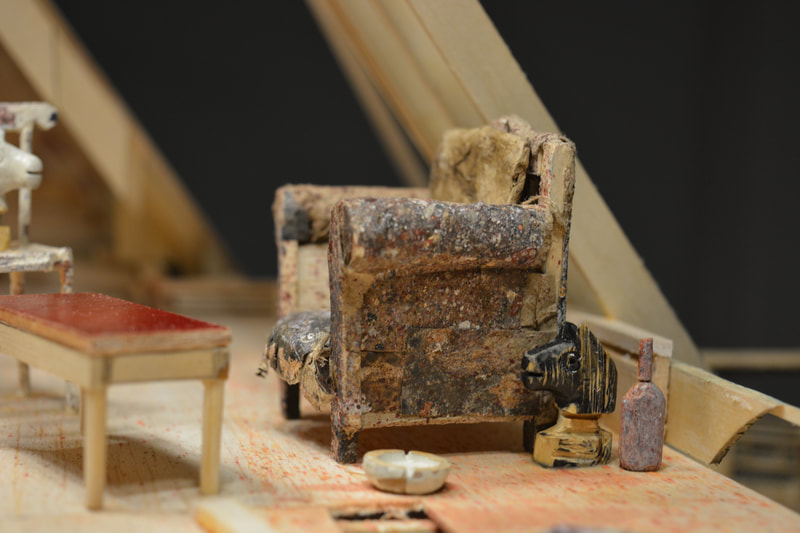 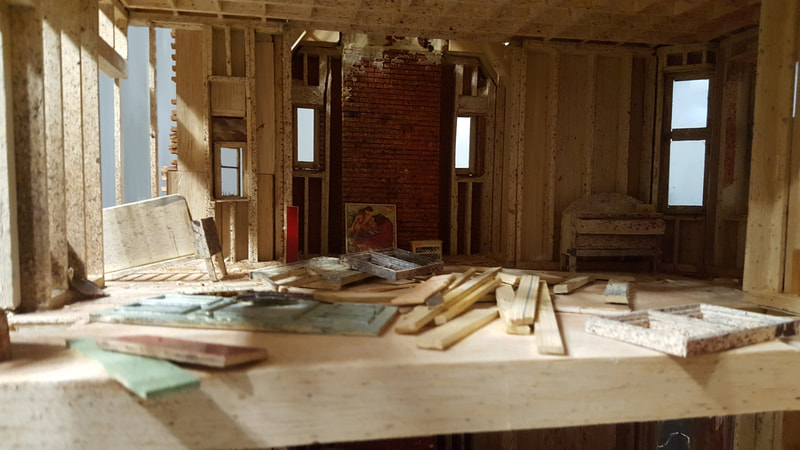 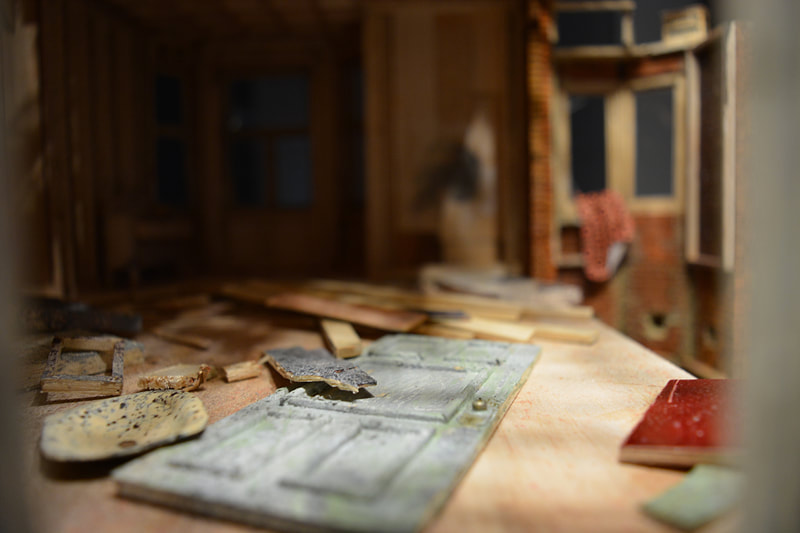 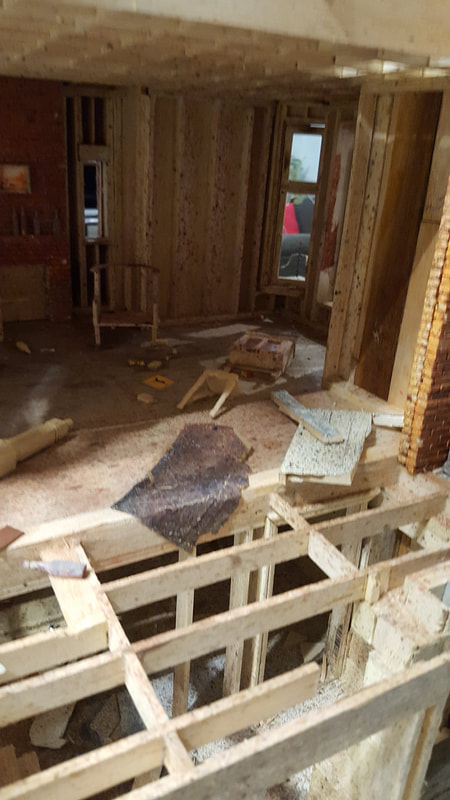 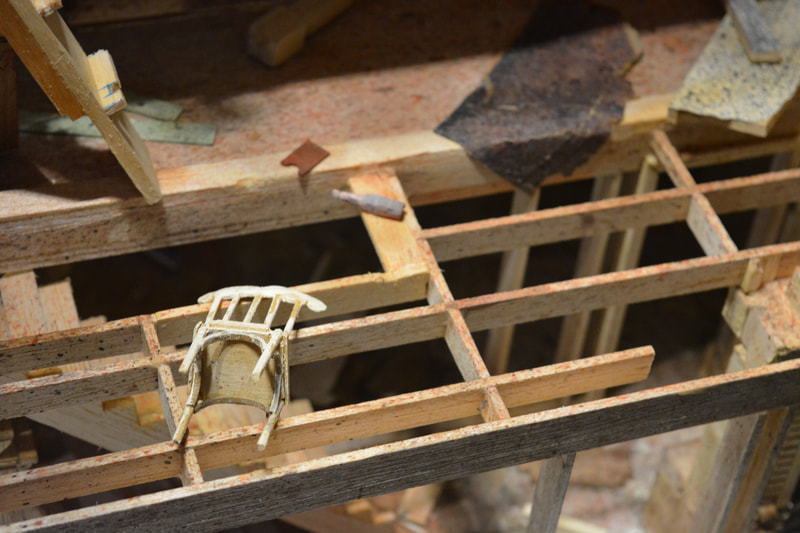 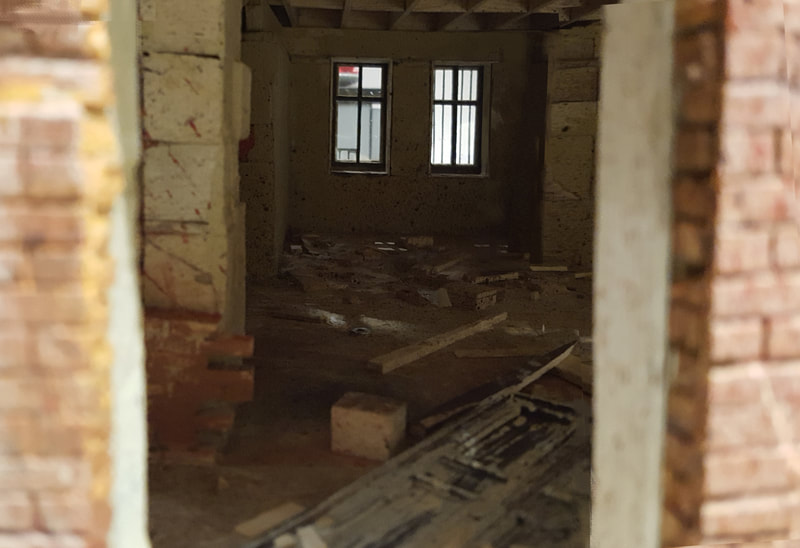 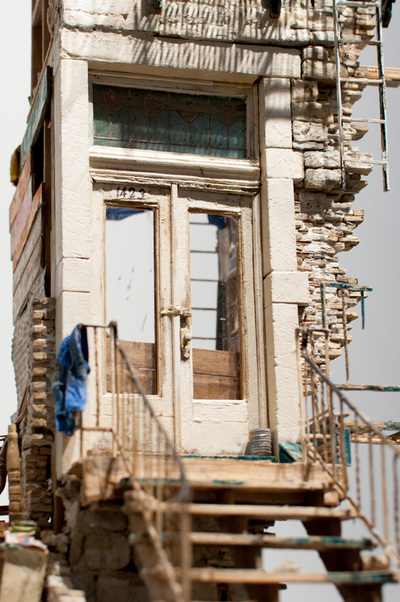 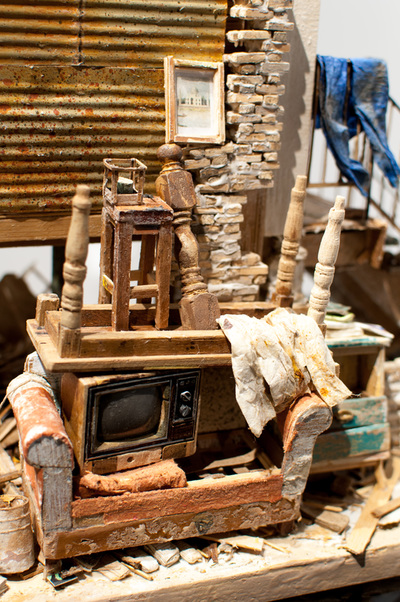 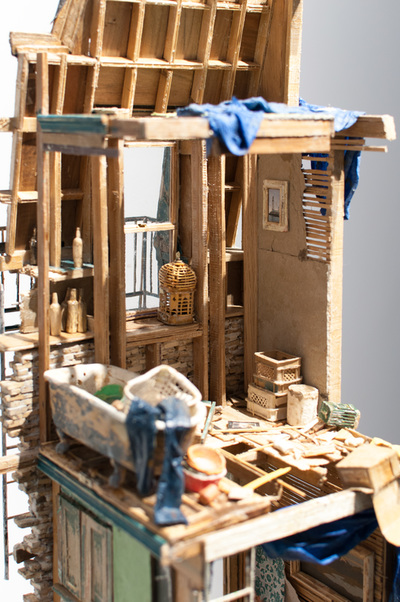 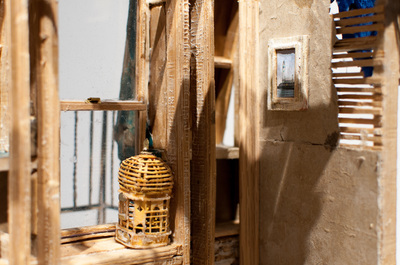 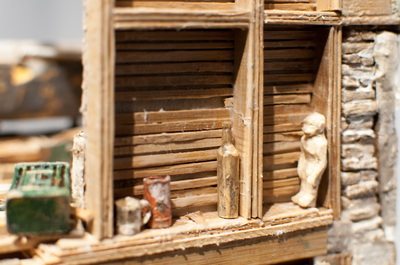 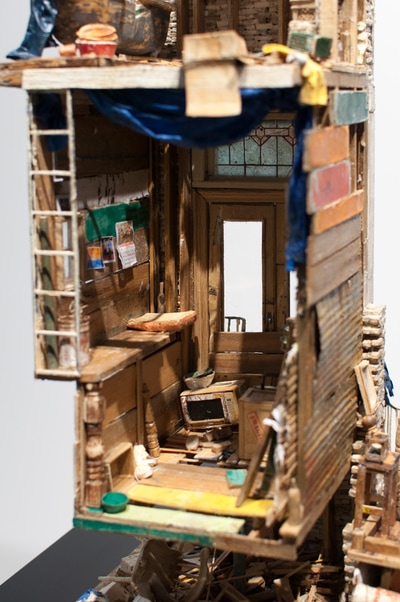 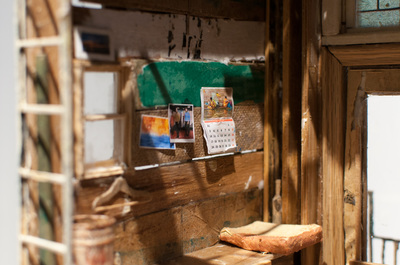 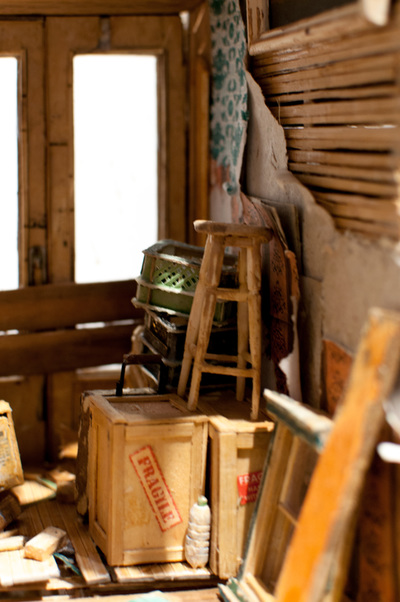 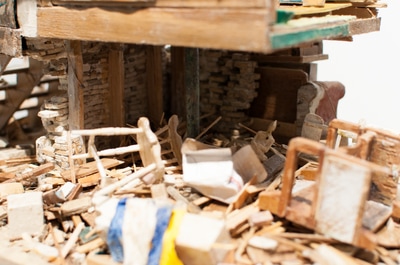 In addition to my figurative sculptures, I also build scale models of buildings that are in a state of decay. I construct them with a wide range of materials such as wood, plexiglass, metal, cardboard, paper and paint. My work in developing these models is labour intensive and requires a keen sense for detail. The finished work, engages the viewer both on an aesthetic and introspective level.

I draw my inspiration from the broad array of buildings in a state of abandonment, evident in urban environments. These buildings have a mysterious quality that evoke the past and our connection to it. For example, the long abandoned Redpath house in Montreal, Canada, demolished in 2014. Before its disappearance, I would often walk by this old residence; it transmitted an eerie feeling, as if the past was still with us now, in the present moment.

After conducting research, I discovered that the Redpath home was built in 1886 for members of the Redpath family - industrialists who built waterways to facilitate the flow of commerce, and who contributed greatly to Montreal’s architectural landscape. The Redpath residence was one of the few remaining Queen Anne style homes in Montreal, and its demolition in 2014, was very controversial and resonated strongly in the media. The mayor who issued the order in favour of its demolition, proclaimed that it was in an advanced state of decay, and that nothing could be done to restore the once stately home.

My reaction to this loss involved a project, consisting of a recreation in miniature of the Redpath house. I built this scale model for two reasons: first, to provide the Canadian public with a three-dimensional record of a building that had great architectural and historic value; and second, to convey a universal message about the transitory nature of life, and to denote that the past weighs heavily on the present. The spectator of the small-scale model could observe it from different points of view and in so doing, perceive a definite narrative that addresses issues of identity, memory and loss.